Since Qatar Sport Investments took over, and even more so since the departure of the Ancelotti-Leonardo duo, Paris-SG has regularly been criticised for its lack of authority over the stars of the squad. The coaches change, the sporting directors change but still remains this negative impression of a weak, even friable power.

If Laurent Blanc, Unai Emery and Thomas Tuchel have something in common, the question of their authority over the stars of Paris Saint-Germain would undoubtedly be a reasonable pick.

The three of them relatively new to the profession but haloed by the success of their previous experiences, had similar assets to assert their identity, style and above all, their vision of the game at the club.

It is obvious that the first two mentioned above have not been able to embody this figure of authority which seems to be the missing piece of the puzzle, the key to opening the doors of a European achievement that would at least last until March.

« We need Simeone! » ; « Let’s bring back Ancelotti and Leonardo » ; « Nasser shouldn’t be close to the players anymore!”. Spectators and supporters have many suggestions to address the flaws in the organisation of PSG.
With the arrival of Antero Henrique last summer, the club of the capital thought it had resolved the issue.  A « real » Sporting Director who was supposed to restore the authority of the coach and, more broadly, that of the institution. We all believed him. A year later, this thought seems rather naive.

Thus, authority is still at the core of the debates. There is no doubt that Tuchel will also face this challenge: asserting his choices without upsetting the key players, getting his star players to embrace his philosophy of football. 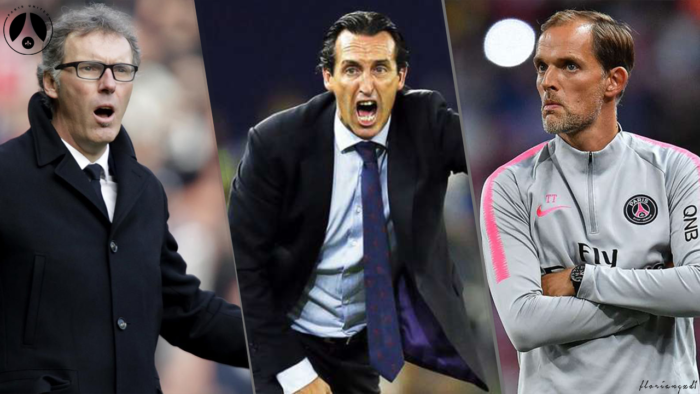 This notion of authority so often discussed seems vital to the success of our club, but in the turmoil of the sport we have lost its meaning. A clarification is required.

Let’s take a stereotype of the football world: « The coach asserts his power by punishing the player ». A statement so widely spread that no one really pays attention to it anymore. It is however perfectly wrong! Because, according to its classic definition*, punishment in itself is already the failure of authority. It does require obedience, but excludes violence or means of coercion. How can one succeed in being obeyed without a carrot and stick? To be successful in this feat, authority must rely on preliminary structures and rules. It is not prescriptive, it is the result of a hierarchical organisation that everyone deems legitimate.

Legitimacy and hierarchy are the two fundamentals which sustain authority.

The coach showing authority is distinguishable by the fact that his players obey him, apply his instructions without having to send them on a tour with the reserve team.

This is reflected, for example, in the success of Arrigo Sacchi with AC Milan at the end of the 1980s. Imposed by Silvio Berlusconi, Sacchi then exercised an authority from which he inherited before gaining by himself an authority comparable to that of a specialist in his field: like the doctor in a position of advising his patient about his own body, Sacchi taught his players a new way to exercise their own profession.

Thus, the strength of a structured system is to rely on rules coming from an external and superior source to the men who effectively make the decisions, so that these men acquire legitimacy, and therefore the necessary authority to be obeyed.

Like the teacher, the leader does not have to persuade to be followed. Using arguments to do so implies that there is a relationship of equality while the « authoritarian » coach is hierarchically above his players. When decisions come from a person whose role it is and who is legitimate to everyone are not questioned.

To summarize the notion of authority, we could use Jacques Chirac‘s words when he described his relationship with Nicolas Sarkozy, who was then his Minister of the Economy: « I decide, he executes ».

But the reality, both in football and in politics, is very different.

Authority, a utopia in our football, a myth for Paris

This hierarchical relationship between the various parts of a club seems very difficult to find today. What coach doesn’t need to persuade his players to follow him? Which president can impose his or her views on the entire club organisation without any explanation?

Only few major clubs can boast such a clear pyramidal operation. Their culture, the superior idea of what the club represents, can then be strong enough to create the conditions under which authority can be exercised.

If we go back to the Parisian context, this method seems for the moment unattainable, unrealistic and even harmful if we tried to impose it. To imagine for a moment Thomas Tuchel imposing anything on Neymar is to plunge into a nightmare of polemics and division, with the narrative of a transfer back to Spain in the background.

Calling for the return of authority therefore does not seem really relevant in our football where players are often the main actors, decision-makers, employees and contributors of their clubs. Reality is much more like a game of chess where everyone continually tries to bend power to their advantage.

* In this article we rely in particular on Hannah Arendt‘s “Between Past and Future” (1961), and more particularly on the essay “What is authority?” 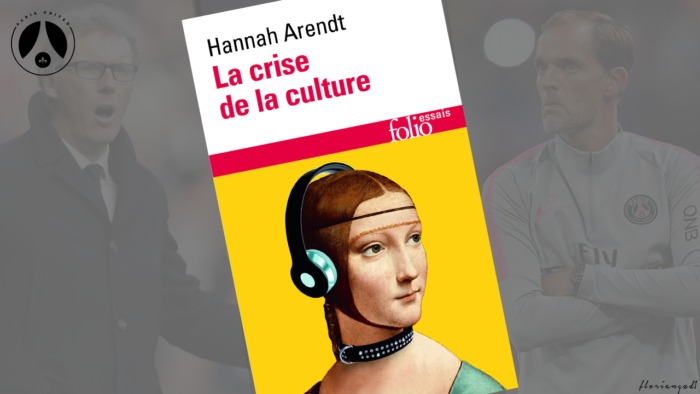